You are here: Home / Human Resources / How to create an organizational culture 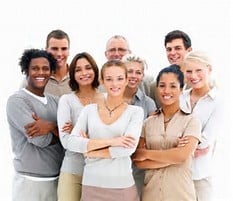 Unlike most “how to” articles, it is not my intent to provide a cookie cutter recipe for success. Organizations are as unique as people, so what works for one might not work for the other. With that said, there are, however, some very general principles that can be followed to increase the possibility of successful culture development

According to Dave Ulrich in a recent article, culture change shouldn’t be viewed as a shift, it should be a pivot. He argues that a new culture shouldn’t be a repudiation of the old; the new should be built on the old. For that reason it is important to understand the existing culture. Understanding the existing culture, allows for an understanding of what the new culture is being built on.

In my previous article I also mentioned that attempts at cultural change cannot be made with an assumption that adults change behavior easily or that an established culture doesn’t already exist. By understanding the existing realities, culture change agents are able to determine the challenges to the new culture and develop plans to mitigate risk of failure.

Step 2: Determine the culture that is needed for competitive advantage

Culture is about competitive advantage. The culture of an organization is what distinguishes it from its competitor because it is one element of business that is hard to replicate. With product development, patents eventually expire and the competition might be able to build on a product, but culture is much more difficult to copy.

While in university, I recall seeing a Southwest Airline ad in which the narrator essentially said other airlines can copy everything in the service delivery process of the airline, but dared the competition to copy one Southwest Airline employee. At the time Southwest Airlines was being studied by industry professionals because it dominated its market. This is the value of culture.

However, there is no point in creating a culture that is unrelated to the competitive advantage a business seeks to acquire or maintain. Organizational culture must be focused on being the oil that greases the wheels of the business machine. For example, if the advantage a business seeks is related to being aggressive and dominant, a culture of compliance, cautiousness, risk aversion and demureness clearly could not be facilitated.

Step 3: Be a critic and search for the gaps

A classic example of what a gap looks like is United Airlines. On its website is espoused awareness of cultural issues and embracing diversity – now contrast that with the recent headlines. Businesses at times fail to take active steps to avoid playing “mirror, mirror on the wall, who’s the fairest of them all”. In other words businesses at times insist on focusing on identifying and recording what is going well instead of searching for gaps between their stated culture and what actually exists. To quote my best-friend “it’s hard to find what you are not looking for”.

This inability to see the gaps is often compounded by the fact that organizations tend to prefer assessing itself by asking questions of employees and other stakeholders – hence, the popularity of the employee survey. The danger associated with relying on these qualitative methods is that the data gathered is often corrupted with so many unknown variables that the information is quite often unreliable. For example employees’ opinions of a business are often impacted by their role, their compensation, their personality and a long list of other things.

The way to search for gaps is to invest in data analytics. Data analytics can be very useful in assessing what actually exist on the ground. For example if the organization describes its culture as one that embraces diversity yet only 2% of senior leaders are women then that is a clear indication that there is a gap. My favorite example are companies that tout innovation as a cultural tenet but use stone age tools to get work done or insist on using archaic work designs and policies.

The problem with most attempts at culture change is focusing solely on overt communication of the culture as opposed to also focusing on ensuring that business processes and work design support the desired culture. A recent article on Zappos outlined that they have a clear focus on developing and maintaining a service oriented culture. To this end their policies reflect this – liberal returns policy, highly trained and empowered problem solving customer service representatives and systems in place to incentivize employees to leave if they who don’t feel the environment is a match for them.

This is not to say that a new culture does not need to be overtly expressed. In addition to ensuring the organizational processes and institutions reflect the culture, it is important to market the new culture to all employees in a similar way as marketing a new product.

Step 5: Understand that culture is a sand castle

Famed coach Mike “Coach K” Krzyzewski said “to me, developing a culture means having a tradition that maintains the standards you want to define your program. It’s not something that can be accomplished overnight, nor is it something that can be done once and forgotten about. Instead, culture is a continuum. This means it is not merely about creating it, but perpetuating it.”

Though he was referring to NFL Football, the same applies to organizations. A new culture cannot be created and left to exist on its own, it requires continuous effort.

It also requires broad support. It is important to enlist different voices echoing the same message. A particularly important voice is that of leaders. An example of this is WD-40. One of their core values is “owning it and passionately acting on it”. In support of this value the CEO is known for proactively and quickly responding to emails and messages. In this seemingly small way he lives the value of action.

In our fast paced and ever changing world it is also important to avoid being locked into a single culture in a manner that does not allow for change. The best culture is the best culture at this time, but that doesn’t mean it will be the best culture tomorrow. It is therefore important to focus on agility; you have to be able to change your culture quickly. To do this you must know your organization well so that you are aware of all the levers that need to be pulled for culture change.