You are here: Home / Employee Relations / Data vs. uncertainty

One of the main barriers to a good decision is uncertainty. This is especially true when there are:

These criteria that hold back good decisions often apply to the realm of human resources and decisions about people or investments in people.

Given the nature of organizations, the lack of data in HR and the limited level of proof of impact that has been developed in HR, there are very few decisions relating to people investments that have a certain outcome. Any executive who is seen to be spending money that does not bring a result is likely to face negative consequences. By the same token, doing nothing relative to HR is not likely to bring any immediate negative consequence. By doing nothing it is hard to prove that a wrong decision was taken.

This is where HR data and analytics play a crucial role. They remove the uncertainty. By way of an illustration, here is a real story that will be familiar to many.

Gavin was made vice-president of HR six months ago. He had purposely been brought into the organization to revamp the function and make it a more direct contributor to the organization. Having spent six months learning the organization, his team and the strategic direction of the company, Gavin knew he needed a larger team. For the last two months he had been talking this through with the CEO, outlining the business case, indicating the activities and potential value the role could bring. The CEO was onside; however, he kept delaying the decision. He never said no, he just could not bring himself to say yes.

Having tried a range of strategies and realizing he was stuck, Gavin tried a different route. He sourced the median HR headcount ratio for Canada and then calculated his own. The median ratio is 1:58 (one dedicated HR employee for every 58 other employees), and his ratio was 1:144. The next time he saw the CEO, Gavin presented these facts to him as a reference for the new hire decision. Within the hour he had the approval in his inbox.

There was no magic, sophisticated argument or complex value equations that Gavin created to unblock the decision he needed. His basic facts merely removed the uncertainty for the CEO and gave him proof that his decision would not be looked on as wrong.

What decisions could you unblock with the right data? 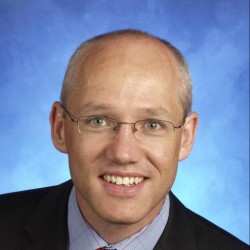 Follow me
Ian J Cook
Director, Product Management at Visier Analytics
Ian J. Cook MA, MBA, CHRP, continues to pursue a fascination for people and business. His quest to understand what it takes for organizations, and the people in them, to thrive has led to many fantastic career stages. Ian has been an entrepreneur, an operational manager and spent 10 years, consulting to some of the World’s leading companies.

Follow me
Latest posts by Ian J Cook (see all)

Ian J. Cook MA, MBA, CHRP, continues to pursue a fascination for people and business. His quest to understand what it takes for organizations, and the people in them, to thrive has led to many fantastic career stages. Ian has been an entrepreneur, an operational manager and spent 10 years, consulting to some of the World’s leading companies.