You are here: Home / Human Resources / The fork in the road: after-acquired cause for dismissal 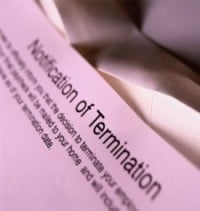 In Canada, employers can dismiss employees in one of two ways: with cause or without cause. If an employer dismisses an employee without cause, and then later discovers that they had been stealing from the company for years, can they now allege just cause for dismissal? Does it matter whether the thefts took place before or after the termination? What if the employee was initially dismissed for just cause; can the employer rely upon after-acquired cause to bolster the grounds relied upon by them to support summary dismissal? The short answer is yes.

What does the law say?

An employer can rely upon information learned after an employee’s dismissal to establish a just cause defence, as long as the after-acquired cause is sufficiently serious to warrant dismissal (which is quite a high threshold to meet). For example, in Lake Ontario Portland Cement Co Ltd v Groner, the employee’s fraudulent conduct constituted just cause for dismissal even though it was unknown to the employer at the time of dismissal. Similarly, in Kelly v Linamar Corp., the plaintiff was summarily dismissed after being charged with possession of child pornography, but before he had been convicted. He was eventually convicted, and the identity of his employer became a matter of public record. The Ontario Court held that if these two things had happened earlier, they would have “strengthened the employer’s position [that it has cause for dismissal] even more”. In other words, “[t]he principle of after-acquired cause would militate in this case, if it were necessary, in favour of the [employer]”.

Courts will seek to curb improper invocation and abuse of after-acquired cause. An employer may invoke grounds for dismissal of which it became aware after the employee’s dismissal, provided, however, that the employer could demonstrate:

Thus, an employer who is aware of a misconduct (or wilfully blind to it) at the time of dismissal, but fails to invoke it at that time, will generally be precluded from invoking it thereafter. For example, in Doucet v. Spielo Manufacturing Inc., the New Brunswick Court of Appeal held that there was evidence to suggest the employer was aware or ought to have been aware of the employee’s misconduct, prior to termination, and ordered a new trial before a different judge since the trial judge had not distinguished between cause based on misconduct that had been hidden from the employer and cause based on misconduct that the employer ought to have known. Employers cannot tolerate misconduct, or implicitly condone it, and then seek to rely upon the same misconduct to justify dismissal. When alleging after-acquired cause, it must truly have been acquired after dismissal.

That said, there have been some cases where employers have chosen not to dismiss for cause due to a desire to help the employee by not putting a “black mark” on their record, and courts have allowed them to subsequently allege cause based on misconduct they had previously been aware of. That is not after-acquired cause, however.

How is post-dismissal misconduct treated differently?

Courts distinguish between an employee’s misconduct while employed and post-dismissal. An employer is entitled to rely upon evidence of misconduct which occurred prior to dismissal but is discovered subsequently (after-acquired cause), but an employer may not be allowed to rely upon post-dismissal conduct of an employee to “acquire” cause, after the fact, for dismissal. In the latter scenario, the employee’s post-dismissal conduct may have amounted to a repudiation; however, the employer may have already repudiated the contract by, for example, not providing adequate notice, and cannot after the fact attempt to ground the dismissal with cause.

Generally, based on the principle of repudiation, once a contract of employment has been terminated, the former employee’s subsequent conduct may not be relied on to justify the termination. The question is whether or not the employer had repudiated the contract, and in determining that, it is necessary to consider the adequacy of the notice period and severance offer. Using this logic, the Ontario Court of Appeal in Aasgaard v Harlequin Enterprises Ltd, 1997 CanLII 1262, affirmed the trial judge’s decision that where the employee’s conduct occurred after reasonable notice of dismissal was given (i.e. no repudiation by the employer), the employer could rely upon such conduct to show cause for summary dismissal.

In Aasgaard, the employee was given reasonable notice of termination and was told to close down his division. Instead, the employee started his own business during this close-down period and transferred the employer’s inventory to his business without informing his employer. The Court found that although a former employee’s subsequent conduct may not be relied upon to justify the termination, this proposition is an application of the principle of repudiation, and in order to determine whether there is an immediate repudiation, it is necessary to consider the employer’s intention, the adequacy of the notice period, and the severance pay that is offered. Since the severance offer in this case was reasonable, the employer had not repudiated the employment contract, and thus the contract continued in effect during the period in which the plaintiff engaged in the alleged misconduct. Accordingly, the defendant could rely on that conduct. It is significant that the Court recognized that had the terms of notice not been adequate, the conclusion would be different (i.e. the employer could not rely on after-acquired cause), as there would be an immediate repudiation. Generally speaking, an employee that is working through a period of notice of dismissal can be dismissed for just cause where such cause exists. The exception to this is where insufficient notice had been given.

Contrast this decision with Gillespie v 1200333 Alberta Ltd., in which  the employee had an altercation with another employee and was sent home for two days. When she returned, she was dismissed. Allegations were made that after being dismissed, the employee took confidential information. The Alberta Court of Queen’s Bench held that the trial judge erred in law in concluding that the employee’s post-termination conduct was sufficient to ground termination for cause. As a matter of both logic and fairness, misconduct before termination and after termination are subject to different analyses in terms of relevance to issue of grounds for dismissal. The employer could not retroactively justify its repudiation of the employment contract by the employee’s post-repudiation breach.

Why does this matter?

When an employee is dismissed for cause, the employer may rely on misconduct that they were unaware of prior to dismissal, as well as post-dismissal misconduct (albeit in limited circumstances), to bolster the grounds relied upon by them to support summary dismissal. Similarly, if an employee is dismissed without cause, the employer may rely on after-acquired cause to establish just cause for dismissal; as long as the misconduct is sufficiently serious to warrant dismissal, the employer may be entitled to dismiss without any notice at all, even if they had initially offered a severance package.

However, employers do not have free reign. Courts generally require strict proof, and are reluctant to consider allegations of cause known at the time of dismissal but not relied upon by the employer at the time of dismissal. This reluctance reflects the Supreme Court of Canada’s jurisprudence in Wallace v. United Grain Growers Ltd. that “in the course of dismissal employers ought to be candid, reasonable, honest and forthright with their employees”. Moreover, engaging in bad faith litigation tactics can result in an award of punitive damages. For example, in MacDonald-Ross v Connect North America Corp., 2010 NBQB 250, the New Brunswick Court found that the employer’s allegations of misappropriation or unauthorized use of company funds were entirely without merit and reprehensible, and awarded the employee $50,000.00 in punitive damages in addition to wrongful dismissal damages.

By Nadia Zaman and Stuart Rudner